This article was written by Dori Padla for Menprovement.com. Dori has been a relationship coach to women for many years, and is now taking what she learned to help men better understand women – because let’s be honest, we can all use some help with that.

Being born as a male doesn’t necessarily mean that the person becomes a Man, when he grows up. There are many men I see, who are acting as a man-child, even though they are already grown-up. When these man-children are in a relationship, it has a really unique pattern, both for the man and for the woman as well.

Needless to say, that this pattern and this relationship is far from being a healthy one, far from being based on equality and love. It is mainly based on the mistakes of the upbringing, the wounds of the soul and the lack of taking responsibility in one’s own life or taking the responsibility for others’ lives.

In the psychological theory of the Transactional Analysis, there are three states of mind: Parent, Adult and Child. When people interact with each other (which is called a ‘transaction’ in this concept), they can be in one of these three states.

If someone – as a grown-up – interacts with others from the Parent state of mind, they want to solve other people’s issues, they want to tell them what and how to do things, they want to save them from making mistakes or they simply criticize them for what they do. They basically act like a (good or not that good) parent with their child. The biggest problem is when these behavior patterns happen between adults.

Acting from the Child state of mind means that the grown-up person does not take responsibility for their own actions, for their own life, they blame others or the circumstances, they feel and act highly dependent on other people, on their help and on their continuous assistance and support. Sometimes they can deliberately act as children, doing naughty things, just to piss off the people around them and/or to attract their attention this way. Many times, they complain, act in a helpless way, this way triggering the people around them to save them.

When someone is in the Adult state of mind, they have a good self-awareness, they own their mistakes and learn from it, they tend to ask other people instead of telling them what to do, they encourage people around them to grow and improve in their own way, they give others their freedom – to succeed or to make mistakes. They do not want to save others; they are more focused on their own development and lift up other people if they are ready for it.

Now that you have a brief overview of the different states of mind, comes the question: where would you find the man-child? Of course, the Child state of mind. And their partner? Yes, the Parent one. As these two patterns complement each other. Many people say, that it is a good thing, if two people in a relationship complement each other. Well, in this case, it is definitely not a good thing – at least in the long run. As these states of mind are based on negative patterns that the two people bring from their own past.

“Being in a relationship should not be about playing a Parent-Child game, but about both of the people being in the Adult state of mind and improving together.”

What are the signs of a Man-child in a relationship?

First and foremost, I would like to say, that being in the Child state of mind again does not depend on the sex of the person. I have seen just as many women being there, as men. But now, I will write the examples from the Man-child angle (and allow you to translate it to women, if you feel the need).

So, what does a Man-child do in his relationship?

As a first example, he doesn’t feel that he has to do anything for the relationship. He feels that he is entitled to it – just like he was entitled to live with his Mother, when he was a small child. He expects certain things, for example: warm dinner, expensive gadgets as present for his birthday, the house to be always clean, the fridge to be filled up with food, having his own time whenever he needs it – without discussing it with his girlfriend/wife, etc., you name it. But how these things are done by his partner, is not his problem. They do not help cooking, in extreme cases they don’t even contribute to the income of the couple/family, just have high expectations about the quality of the things that surround them in their home, they do not clean after themselves, they do not help with the shopping, they do not consider their girlfriend/wife as an equal partner.

“They consider the woman as someone, who needs to meet their expectations and needs, whatever they might be and whenever he might have them.”

If it doesn’t happen, the tantrum can surface. They do not take any responsibility in their lives, but they expect the woman to take it all. Just like real children. These Man-children are still in that state of mind in which they were when their mother was taking care of them. Somehow, they didn’t notice that they are already grown-up and should act accordingly.

These were only a few examples of a Man-child’s behavior within a relationship, but in real life there can be many others as well.

What does a woman in a Parent state of mind do in a relationship?

They do it all. Provide safety and care, continuously trying to meet the expectations of their boyfriend/husband, do the housework, try to make the Man happy. But the Man will never be happy. He will always want more and complain when not getting it – while doing nothing. These women act as caretakers within the relationship, while they forget about themselves. They are so much focused on the Man, that after a while they also forget what they would want to do.

“They are exhausted and unhappy – but try to convince themselves that they are happy if their boyfriend/husband is happy. Which is a very bad thought actually.”

Women being in the Parent state of mind many times also have a savior-complex. They try to save the Man from his bad situations, from his bad choices. These women may also think, that the Man will change for them, with their love. But this actually never happens – or at least very-very rarely. And in the meantime, these women can lie to themselves, that they are happy by making the Man happy and trying to save him. However, most of the time unfortunately it is pure waste of time and energy.

What should a Man-child do in order to quit the Child state of mind?

Take responsibility. For your life, for your actions, for your decisions, for your career, for the relationship, for everything. Consciously depend less and less on the woman (and on other people around you in general) and live your own life. Start to treat your girlfriend/wife as a woman and not as your mother. Whenever you get something from her (care, dinner, gift, etc.), do not take it for granted. Say thank you, and next time do the same for her. Reciprocity. What you get from her, you also need to give to her. Only then you two can get closer to a healthy relationship based on equality.

Also, try to find a good therapist/coach/healer, with whom you start to work on the deeper reasons of why you are not yet entirely in the Adult state of mind, despite already being a grown-up. This can give you a long-term solution to this whole issue.

What should a Woman do in order to quit the Parent state of mind?

Stop acting like a Mother, stop trying to save the Man, stop doing things instead of him. Involve him in the daily errands, activities of life, express towards him what you would need in the relationship as a Woman. Let him make his mistakes, let him learn from them. Start to live more of your life, instead of living his. Do things for yourself, all those things that you forgot about in the past months/years, while acting as a Mother for your boyfriend/husband.

And also, act as a Woman, when you stop acting as a Mother. If this sentence is weird for you now and you have no idea how else a Woman should act, other than the way you do now, find a therapist/coach/healer for yourself. In the sessions focus on finding the inner Woman within yourself and get closer to her.  It is also very important to find the patterns  from your past that allow you to be more than just a Mother of a grown-up man, therefore becoming a Woman in a healthy relationship.

I do hope you can all find your path in the direction of an Adult-Adult relationship, as soon as possible, for your own good.

Wishing you all the energy for that!

“Whatever I do, I cannot make my partner happy…”

Taking on the role of the Saviour in your relationship

As a grown-up becoming an Adult 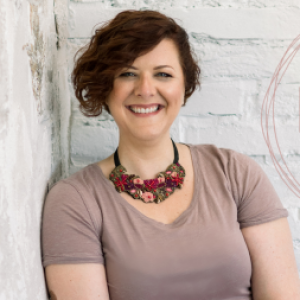 Dori is the founder of the HCT – Holistic Coaching Therapy method, through which she is offering real, profound and long-lasting solutions to the issues of her coaching clients. She helps her clients in the areas of dating, relationships, human connections, self-awareness, self-confidence and holistic mindset. She is the owner of the HCT blog, where she has been writing about these topics (and much more) for years.

Join over 100,000 subscribers on our Social Channels or our Email Newsletter and stay up to date on the newest self improvement information for men. No bullshit. No spam. Just improvement.