When it comes to harassment and abusive behavior between adults, most of the time the examples and stories are about men. However, this is absolutely not the full picture. Women can also be abusive and harass men –  I have seen this myself.

It is a fact, that it happens from this angle as well; I have seen it happening to some of my male clients.

There are two stories that come to mind regarding this topic. I write about these now so that you, Gentlemen, can learn from them and see what you can do to avoid them, recognize if you are facing such situations and save yourself by stopping it from getting worse.

There are many single people out there looking for a partner in life. Some of these people – due to their emotional wounds and that of the soul – don’t know how to connect to the desired potential partners. They do not know how to read the signs that the other person is sending them, they can misinterpret them easily. This can happen to men and women equally, but as I write this article to you now, Gentlemen, I would like to share a story with you where it was the woman who overthought and misinterpreted things.

A long time ago, I heard about a situation from a man who got into a mess with a woman. He didn’t want anything from this person in question, however meeting her every day at work, he paid her compliments, sometimes even flirting with her. It was not serious for him, however, as the Woman couldn’t read the signs properly, she believed that the attention she received from the Man was genuine.

She got hung up with the thought that this could actually become a thing with this Man and launched into action to win him over. At this point, the Man realized that what he was doing, meant more to her than it did to him, however, it was too late, the Woman was already addicted to him and didn’t want to stop. So, the harassment from her began.

There are two important thoughts I would like to write about regarding such situations.

#1 If you, Gentlemen, like to flirt with ladies endlessly, without being serious about taking it to the next level, harassment can be the result in some cases.

Those people who are not used to being the center of attention from the opposite sex can often misunderstand these flirty games (men and women both, btw). If you practice flirting with women just for fun, maybe to boost your own ego this way, please take it into consideration, that sooner or later you will meet a woman who will think that you are serious, and depending on how much this woman lacks attention from men in her life, this can end up really bad for both of you.

The woman trying to bond, thinking that you are interested in her and you backing off at this point continuously. These push-pull games can end up in harassment, verbal fights, and very deep emotional injuries – both for you and the woman.

You are better off trying to satisfy your ego in a different way – or ultimately actually not having to satisfy it at all, by finding your own inner solid self-confidence as a man, so that you will not need to boost your ego in the future.

#2 You can never know at first sight, how deeply the other person misses the attention in their life, therefore you cannot know how big of an impact flirting will make.

Those women, who haven’t really had a normal relationship in their life so far, haven’t seen a good relationship pattern from their parents, do not see and feel clearly the difference between a real attraction and interest in them, compared to the flirty games. If they have never had attention in their lives, even briefly from someone, they can get addicted to it.

They can overthink it and consider it as the biggest gesture of love from the Man. While at the same time, it might just be a big nothing from Man’s end. But the Woman doesn’t recognize the discrepancy. Therefore, you, Gentlemen, need to be careful and not start such games, because it can easily become an unwanted situation. 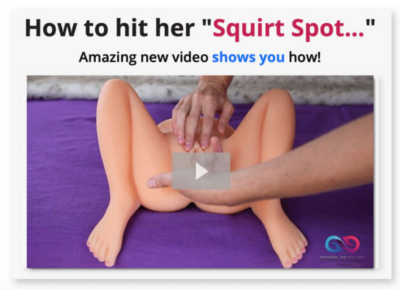 Avoid the pointless flirty games with women, work on your inner self-confidence and self-awareness. See it clearly how you behave with women so that you can ensure from your end that your actions are not misunderstood.

Suggestions for women, who tend to overthink

Think about how much attention you got as a child from your parents. There must be a lack of it there somewhere. Think about your past relationships, or crushes – was it only you, who really wanted that to happen? Maybe the man didn’t even want anything from you? Maybe you got hooked up on the idea of someone paying attention to you finally?

Heal your inner child, give her the attention that she lacks even now, that you are an adult. This is the only way to see these situations in a clearer way.

Many people live in relationships, where psychological abuse is an everyday practice. And most of them don’t even notice. They only feel that pain in the stomach after a conversation or verbal fight with their partner, they only feel that deep down they are not happy. Even if they try really hard to convince themselves and the people around them.

But as many people are masters of lying to themselves, many of the psychologically abusive relationships remain in the dark, without surfacing to the conscious level.

Being a psychologically abusive partner does not depend on the sex of the person. I have seen many cases when the Man was the abuser, but I have also seen those examples when the Woman was the one.

One of my coaching clients was married to an abusive woman. By the time he got out of this marriage, he was just the shadow of his former self. He lost the joy in life, his heart was broken, his self-confidence was basically non-existent. This Woman ruined him, very deeply.

She continually told him that he was worthless and that all bad things happening in her life were because of him. Eventually, he started to believe it. He started to blame himself for not being (good) enough, even though he was destroyed in this marriage, it took a great deal of energy to leave it behind.

Suggestions for men being in a relationship with an abusive woman

If you feel that your girlfriend or wife continuously puts you down, feels better or happier by ruining you, those are clear signs that you are in an abusive relationship.

Even if in the beginning everything was fantastic (or at least seemed to be so), it is now clear to see that it was a lie. The truth is what is happening now.

“If someone is a deeply abusive person, they will never admit it. They believe they are perfect and will blame you for everything. Therefore, the only thing you can do for yourself, is to quit this relationship.”

Save yourself, stop trying to save her. Focus on yourself and stop focusing on her. Cut all the cords with her (if possible) and start focusing on your own healing. Healing after such a destructive and psychologically abusive relationship takes time and effort.

Well, this is the section I do not really see the point writing about here. Unfortunately, I have never seen a deeply abusive person reading about the examples of abuse and saying: “Oh, yes, this is me. This is how I destroy my partner!”. They are simply (almost) completely blind to this topic. Most of them will deny being abusers even if it costs their lives.

“However, if you realize now, that you have ever done some of these abusive behaviors, I am very proud of you. It means, that you have a good first step into self-awareness and you have the chance to get rid of these mechanisms for your own happiness and that of your (future) partner.”

Find a good therapist, coach, whoever – who you feel can really help you in changing these patterns. Stick to a regular routine of these sessions and do not quit, no matter how difficult you might feel to change!

Both harassment and psychological abuse are really heavy topics. They both happen to women by men and to men by women. The most important is to control what we can – our behavior, our reactions – and if there is no hope left, dare to quit from the toxic connection or relationship.

Dare to be alone, dare to heal alone! If you work on yourself with all your energy, that will bring a good person into your life, with whom you can live in a good relationship – free of abuse and psychological games.

Remember, you all deserve to be genuinely happy.