How to Develop a Photographic Memory

Top 5 Epic Dating Fails of Men – From a Female Perspective

Dating is an evergreen topic – both for men and women.

When two people meet for the first time, there is only one chance for a first impression. This is why some encounters don’t even go further than the first occasion (even though it would sometimes be worth giving it a second chance). I personally have been to many such dates, which didn’t continue any further – for one reason or another.

Dear Gentlemen, I have collected for you the top 5 epic dating fails of men, which I have experienced. I don’t write about it to bring shame to you men out there who might have made these very same mistakes in the past, however, I am writing about it for you to learn from it. To get closer to the understanding of what women would need on a date or from the man in general. Because if you understand the women around you better, only then you can connect with them on a deeper level and can have the chance to have a happy relationship with them as a continuation.

For your sake Gentlemen, learning from my own personal experiences, I am sharing with you the top 5 dating fails I have seen.

The first one is the Man, who chats for days, weeks, months… But that’s it. Never wants to meet with the Woman, not even talking on the phone. Just chatting. Maybe he has too much time, he is bored and entertains himself this way. No idea. But what is for sure, that he is not willing to meet in real life. If I look at this situation from a coach perspective, I would say that this Man has deep inner issues, insecurities when it comes to actually meeting and dating women. If you consider yourself one of these men, my question to you is: will the ‘only-chatting-mode’ help you overcome this blockage in your soul? No, definitely not. You need to go out there and start dating. Even if it doesn’t come easy in the first several occasions, practice makes the master.

The second typical behaviour is when the Man gets straight to the point in one of the first three sentences during the chat, and what is his point? Sex, of course. I don’t say that it is a problem, if someone is only looking for sex in a certain period of their lives. It happens. The problem is that if I, the Woman, have it in my profile explicitly, that I am not interested in one-night-stands, why do you still push? Most probably, these men don’t even take the time to read the profile of the women. They just copy-paste the same ‘conversation’ in the chats and wait and see if someone responds positively. But Gentlemen, is it really that  irrelevant who you hook up with? If you only look for sex right now, please still take the time to read at least what the woman wants or needs. That would be a basic move of respect toward another human being.

Pickup? For what? Why do you want to pick someone up? Where is the human and personal connection factor in that? You can pick someone up for sex, but it will never be considered as dating or the beginning of a real, long-lasting relationship.

Artist? An artist is someone who expresses their inner creativity through different channels, by creating something new and meaningful (at least in the Dóri Dictionary). Why would this picking-up thing be anything like art? There is no connection at all. If you, dear Gentlemen, learn some ‘very successful’ pickup artist’s practices and use them as your own, that is not art. That is plagiarizing, that is the textbook practice you try to use for yourself. But that smells like sweat. Always. And many women can smell that – and they do not like it.

When I was in such situations, I would have rather liked the Man to show his true self, so that I could    know him and not the words and practices he had learned somewhere from someone who claims himself the pro in this. Nothing is more attractive than the Man who knows who he is, who dares to be true to himself, dares to be gentle and is interested in the Woman. Not just her body, but the whole human being. I know that many of you Gentlemen like competing and winning, so let me phrase it this way:

Victory does not come from the number of women you pick up. Victory comes from finding that Woman, for whom you can be the best Man in the entire world. Victory comes from being able to have a mutually happy, balanced relationship with this Woman, based on equality and love. 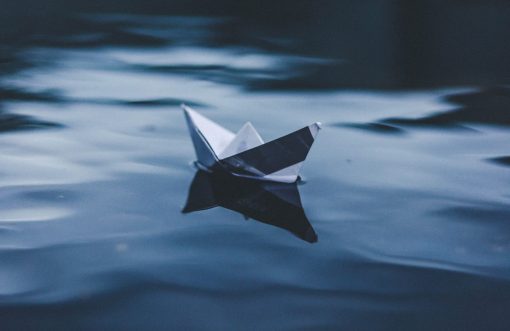 The psychological game of ‘floating’ is my own expression to the phenomenon, which is also called push-pull relationships. In these situations, the Man makes promises to the Woman (have them float in). That he will take her out to drinks, to a dinner, to a next date, etc. But what happens afterwards, is the big nothing. Nothing (or almost nothing) that he promised will actually happen. He will postpone, procrastinate, find excuses why he cannot make it now. But again, he promises he will in the future. But the future never (or very rarely) comes.

This is highly confusing to the Woman, who doesn’t understand what is happening. Does he like me now, or not? Does he want to meet (again) or not? Complete confusion. But honestly, what I saw in such cases, that there is no confusion at all. This Man simply does not commit to dating, to getting to know the Woman, to connect to someone entirely. Because there are some deep injuries of his soul that prevents him from it all.

Gentlemen, if you have ever been ‘floaters’, think about the following: Why didn’t you really want to meet the Woman? What are those past experiences in your life, due to which even though you want a relationship, the truth is that you don’t feel like having one? Try to explore what holds you back from it and heal that wound. If you play this game with women, you can harm them, keep this in mind.

#2 – The appearing-disappearing man, a.k.a ghosting

I believe that ghosting needs no explanation. This is when someone disappears from your life without any notice. It happened to me as well, after having one date with a man. Even though I also felt that there was no chemistry between us, he was a nice guy enough for me to think that I would give him a second chance. As some things can take time to happen. But he apparently didn’t think likewise, as he just simply mismatched me on the dating app.

I personally truly believe in respecting other human beings, whenever I didn’t want to continue dating someone, I did let them know about it. Nicely, assertively, the least painful way possible. And me doing this, I would expect it from the Man as well. Him letting me know that that was it and not just disappearing into thin air. But in the recent online dating era, it is too easy to disappear.

Compared to ghosting, it costs more energy and time to actually let your dating partner know that you do not wish to continue. But if you ghost someone, it shows a lack of respect for them.

And everyone wants to be respected. You, me, anyone. If you want to be respected, you also need to start to respect other people and not ghosting them.

It just came to my mind now to give a new meaning to the expression of “Ghostbusters”: Let’s eliminate together the practice of ghosting from the dating life. We can all start this initiative individually, right now 🙂 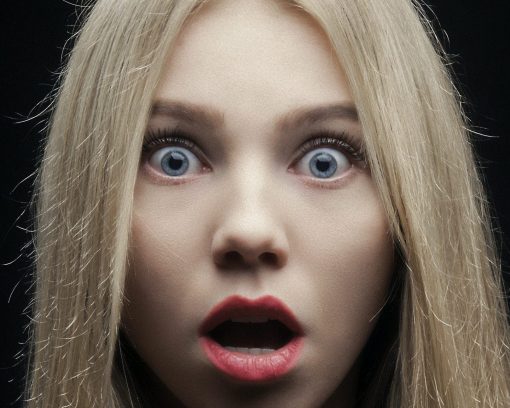 The worst date. Of my life. Ever. Really. This was that one-hour-long date, about which at a certain point I was hoping that it was a joke. But it wasn’t. It was all real. He was real. He was the most extreme narcissistic person I have ever met in my life. Within those 60 minutes he told (!!) me to find him a job, he informed me that even though he has never worked in his life he could right away become a CEO of any company, he told me that his psychologist is honoured that he is going to his sessions, he ‘kindly’ did let me know that I will never find such a fantastic man only an old piece of crap and of course he asked very few questions about me, just talked about himself and insulted me repeatedly!

This is the situation that I hope will never happen to anyone. No one deserves this, honestly. This was the ultimate epic fail of all dates ever. Actually, I cannot really say how it could have gotten worse. But learning from this shocking experience, my advice to you Gentlemen is the following: Whenever you are on a date, please make sure that there is a healthy balance between you sharing things about yourself and being interested in the Woman, who is there with you. Also, it is worth seeing, what the balance is on the Woman’s side. This can also save you from extreme experiences, like mine. And if you meet anyone like this dating partner of mine, run away as far as you can – that is my best advice, really.

There are those situations with abusers, where the most important is to save yourself and nothing else matters. It is about setting boundaries, not allowing people to hurt you (any more).

So, Gentlemen, I hope that from these top 5 epic fails, you can see what are those typical mistakes that men can make – based on my experience. Also, I hope that the advice given in each of the five cases, will help you to be more successful when it comes to dating women.

If you would like to read more about my dating experiences, visit my Holistic Coaching Therapy website and blog for the following articles and more:

And don’t forget: if you just get a little bit better every day in dating, relationships and understanding women, you are on the right path already! 🙂

How to Talk to Women in Three Simple Steps

Podcast 028: The Science of Attracting Women Through Nonverbal Communication

How to Stop Watching Pornography: My Personal Journey

4 Secretly Effective Compliments For Girls [From Her]

Penis Enlargement: The Beautiful Truth You Need to Hear

Improve My Style And Appearance