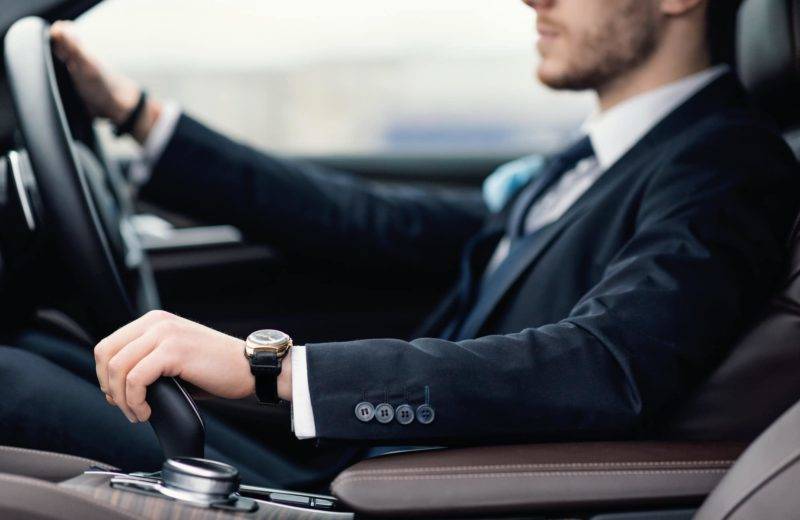 When we think about how to be a man with honor we usually have a certain image in our mind. We imagine a heroic soldier who carries the flag of his country up a hill while he gets shot about five times. He then rams the flag into the ground and screams like a lion before the air support appears eight behind him.

Thanks, Hollywood, you not only ruined our dating life but also our perception of men. Whenever I ask one of my friends about the characteristics of an honorable man they always came up with the stereotypical picture of a brave soldier. They imagine a brave man who fights for his country and who eventually makes the right decision while he looks into the eyes of death.

While they all think about the Josh Hartnett’s in Pearl Harbor and the Mel Gibson’s in We Were Soldiers, none of them thinks about themselves. What if I tell you that you can be the honorable man that other men look up to and that girls are magically attracted to? Don’t worry.

You don’t have to fight in a war to become this man. All you have to do is to design your life in a way that allows the people around your to respect you and your way of living life.

Live According to Your Values

According to its definition, a man with honor is a man who is admired, respected, and judged as a good person by the people around him. You just have to look at this definition and you’ll know that a liar, a pretender, and a brown nose will never be seen as this kind of man.

If you want to learn how to be a man with honor you have to stop pretending to be someone you are not. You have to stop denying and ignoring your own values, just because you are afraid that you could rub someone the wrong way.

It is time to live according to your values and to show the world that you adhere to them no matter what other people think of you. Of course, the values you choose also determine if you have the potential to be a man with honor.

Choosing values such as accountability, consciousness, ambition, excellence, and thoughtfulness is by far better than choosing negative values that have the power to hurt yourself and other people. In case you have never thought about your own values you might want to have a look at this article and choose a few values that support you on your journey towards becoming an honorable man.

As a dating coach, I get a lot of emails from men who ask me whether or not it is okay to tell a girl what she wants to hear in order to avoid trouble and to increase the chances to get laid. Besides the fact that this behavior rather lowers the attraction she feels for you, it also makes it impossible for her to respect and admire you.

A man who deserves respect and admiration is radically honest. He says what he thinks and he isn’t afraid of offending someone with his words. Women will respect him for this characteristic and the men who verbally attack him only do this because they are too weak to compete with such a man without trying to bring him down.

Live for Something Bigger Than Yourself

A couple of years ago I had no idea what my life purpose was. I was convinced that I was damned to spend the rest of my life in the same miserable and unfulfilling way as my coworkers. As a result, I never really thought about self-actualization, vision, and purpose.

Every day I went to the office with this weird feeling that something wasn’t right. I felt like Neo in the famous office scene in The Matrix. An inner voice told me to escape and to live a meaningful life, but I had no idea how I should escape. Today I am glad that I stopped filling out excel sheets without even knowing why I was doing it and that I started my own business that teaches men to attract amazing women. I realized that when you live your purpose, every day feels like an adventure. I am so grateful that I have found my purpose.

Have you found your purpose? Maybe you have already found it and you know exactly what you want to do. The only problem is that the lairs of social conditioning and the fear of being judged for what you want to do stand between you and a fulfilled life as an honorable man.

Be honest. Do you admire your grumpy colleague who has already given up on life and who doesn’t care what he does as long as the paycheck comes in every month? I doubt it.

However, you probably admire men like Tony Robbins who help millions of people to change their lives. Being an honorable man who lives for something bigger than himself is not so much about the size of his impact. It’s about the fact that he has an impact. If you are really honest to yourself you know that helping one person to improve his life has more impact on the world than filling out hundreds of excel sheets without knowing why.

Your attitude towards women and the relationships you have with them determine how honorable you are as a man. Unfortunately, we seem to live in times in which it is cooler to label women as sluts and bitches than to openly admit that you love and respect women.

Even though this is extremely sad, I honestly hope that I can show you an alternative way that popular manosphere blogs don’t show you.

The truth that most misogynistic men don’t want to hear is that a confident man who is at peace with himself and the world has absolutely no need to hate women. In fact, if you love yourself and you follow the advice that I shared with you till now, having any negative feelings against women doesn’t make sense to you.

A man who loves himself loves the people around him, whereas a man who can’t even live with himself will have a really hard time living with women. Hate or anger against women is always the result of your own insecurities.

I hope you understand that no emotionally healthy woman on this planet is able to admire and respect a man who is so insecure that he blames women for his own failures. The widespread belief that women don’t respect men is not true. They just don’t respect men who are unable to respect them.

You also wouldn’t be able to respect and love a woman who obviously doesn’t respect and love men. Change your attitude towards women and they will change the way they look at you. Soon they will see you as the honorable man you truly are.

Accept What Can’t Be Changed and Change the Unacceptable

If you want to become an honorable man you have to practice acceptance. I spend a lot of my time in Thailand and thanks to studying Buddhist wisdom I eventually understood the power of acceptance.

A man who is able to accept the things he can’t change won’t waste his time fighting against walls that can’t be broken down. He also won’t jump through hoops in the hope that somebody sees what a man-trained puppy he is. If you want to learn how to be a man with honor you have to be willing to accept the things that you can’t change. This will not only save you from a lot of stress, but it will also help the people in your life to respect you for letting them live their life the way they want to live them.

I already told you that you should live for something bigger than yourself and that you should follow your own purpose if you want to be respected and admired for your achievements. While this is true, the biggest gift you can give to the world is to have goals that are completely detached from your own benefit.

Arnold Schwarzenegger says it best in his six rules of success talk. After you have worked hard on your goals and achieved everything you wanted to achieve it is time to give something back.

The desire to give something back sets you apart from all the successful people who are too self-centered to do good things with the respect they earned and the money they worked so hard for.

You don’t have to become one of those guys who proudly tell everyone that they want to save the world. Instead of just talking the talk you should start to walk the walk. Setting small and achievable goals will lead to more results than convincing everyone that you are the one who will save the planet.

Once you’ve internalized all the aspects that I shared with you in this article and once you’ve set a few achievable altruistic goals, you know how to be a man with honor who deserves respect and admiration.

If you want to learn how to be a man with honor you don’t have to go to war to find out. All you have to do is to live according to your values and to speak the truth, no matter if people love what you say or judge you for your words.

Sooner or later you will reach a point in your life where you have to decide whether you follow your purpose or not. An honorable man knows that changing one person’s life for the better is far more rewarding than spending his life doing things he doesn’t believe in.

Once you live a fulfilling life it will be relatively easy for you to change your attitude towards women. Hatred against women is always the result of insecurities. When you want to be respected and admired by others you have to meet the men and women around you with the same respect and admiration.

After you have accepted the things that you can’t change and changed the things that are unacceptable for you, it is time to give something back. Set altruistic goals and you will see how fulfilling and rewarding it is to be an honorable man who helps other people.

My name is Sebastian and I am the founder of www.globalseducer.com. My vision is to inspire, motivate and support men all over the world to find love and happiness through global dating. Once you got rid of your fears, learned how to seduce women and dated amazing girls all around the globe, I can confidently say that I have done a good job that I am extremely proud of.

0 thoughts on “How to Be a Man With Honor”